On May 25, 1944, the crew was alerted for a bombing mission against German war facilities in France. The 562nd squadron was flying the B-17G aircraft nicknamed “Thunderbolt,” or 42-31741. Previous nicknames for the aircraft were “Hi Fever” and “Haughton Hazy.” Resistance approaching the target was not heavy. However, at the target, flak was intense. The aircraft took direct hits and engines 3 and 4 were both flaming. The aircraft went into a tight spin and exploded before crashing into the ground.

The mission target was railroad yards in Liege, Belgium. The target time was between 9:25 AM—10:00 AM, and the altitude of the plane before it was being attacked was over 21,000 feet. The plane was going the planned route and there were no mechanical problems. Everything went downhill when Germans in occupied France began to attack the incoming plane.

Walter Travis, according to his casualty questionnaire, was the last individual blown out of the plane before Hurdle and Chamberlain. He wrote that Hurdle did not bail out. The last contact or conversation of Hurdle was when Hurdle was speaking to the first pilot over the interphone, saying, “Sir, you better do something about that fire in number three.”

Albert Bibbens wrote that Hurdle stayed in the plane to help an injured Chamberlain operate the plane.
The MACR states that the destroyed aircraft “Thunderbolt” was located in Guibermesnil, France, which is eight miles Northwest of Poix-de-Picardie France.

Fortunately, most of the crew members managed to escape before the airplane exploded or hit the ground. The crash report lists two crew members killed in action (Hurdle and Chamberlain) and eight members taken prisoners of war.

*According to the casualty questionnaire of Albert H. Bibbens, Jr., Captain Zengerle and Captain Albert Millin evaded capture once they landed.

According to Frank Hurdle, the nephew of John Hurdle, a comrade of John’s came to visit John’s grieving parents, Frank and Lucy, around five years after the incident took place. This friend explained to them that Paul (he was usually referred to as his middle name) “helped one or more people out of the plane and was one of the last two people to jump out. German soldiers shot him as he was parachuting down."(Phone call interview with Frank Hurdle, nephew of John Paul)
​
While the last part of the report is not consistent with the casualty reports (Most soldiers who gave a statement concerning John’s death concluded he was killed when the plane exploded.), everything else is consistent. From the details of John’s death, it is certain that John was a noble man and a hero who sacrificed his life trying to save others. 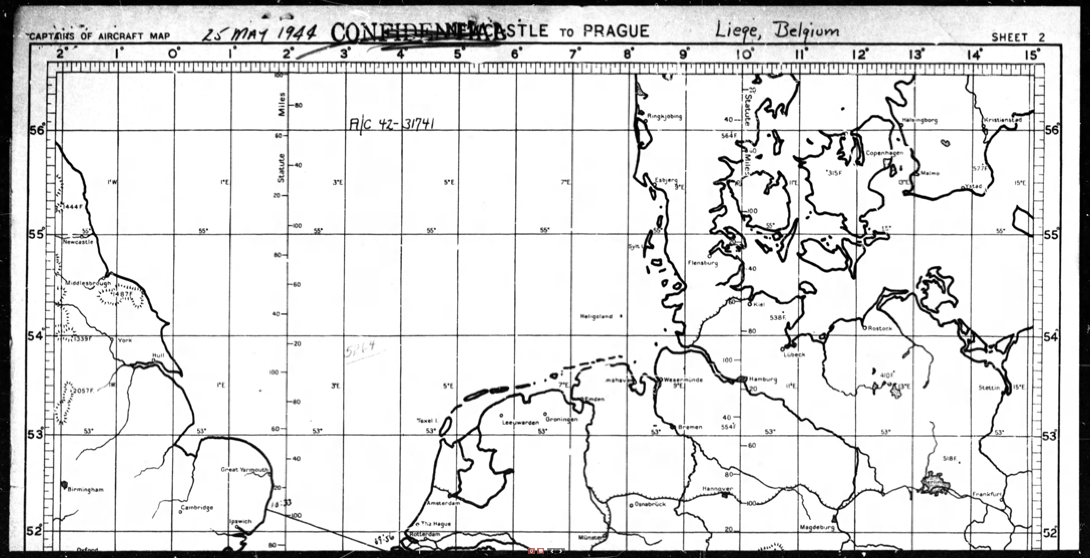 Map of where aircraft was when flak became intense (MACR)